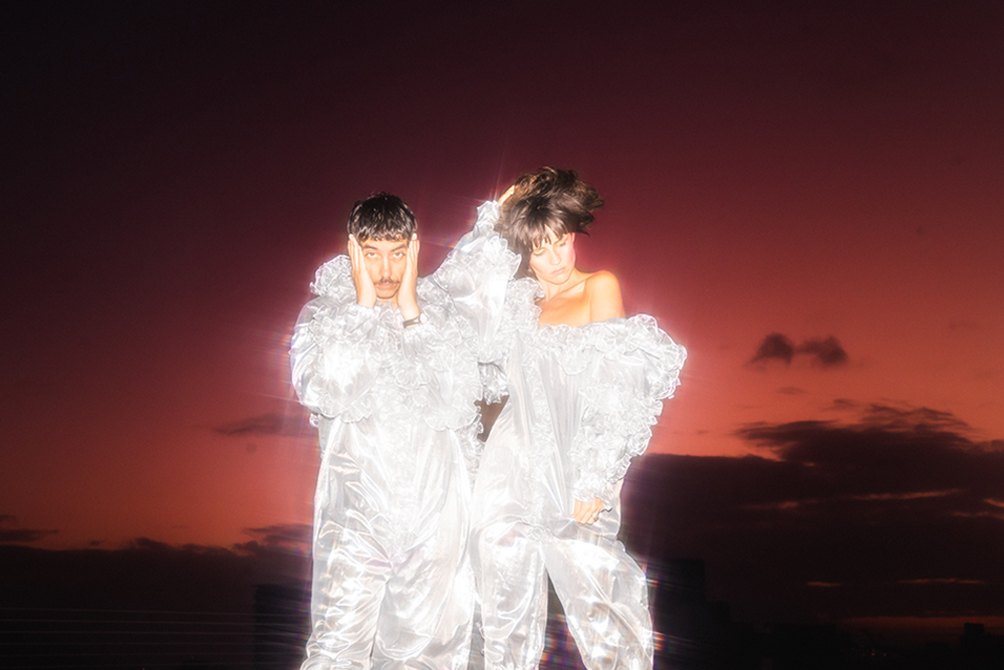 Like generations of Puerto Ricans before them, Raquel Berríos and Luis Alfredo Del Valle of experimental pop duo Buscabulla (slang for “troublemaker”) moved to the mainland United States to hustle for their dreams, but a longing for their island ran deep, never escaping their thoughts during the decade they resided there.

It was in New York City that they forged their sound, elevated bedroom productions and unique juxtaposition of stylistic highs and lows: Raquel’s textured, high-pitched vocals and minimalist melodies counterpointed by Luis Alfredo’s poignant basslines and imaginative production. They evoke throwback salsa and R&B while conjuring whispery re-imaginings of catchphrases from 90s reggaeton and every-day island vernacular.
Buscabulla’s first two Eps, I (produced by Dev Hynes and the band) and II, garnered attention and an international hunger for the band.

In 2018, and despite their growing success, in the wake of Hurricane María having wreaked havoc on an island immersed in economic disarray, Raquel and Luis Alfredo’s decided to move back to Puerto Rico. The album, recorded in its entirety in the band home studio, is an emotional roller coaster in which they face and ponder the issues affecting them and Puerto Rican society at large. In Regresa, Buscabulla calls for self-reflection, awakening and perseverance in the midst of an uncertain future.

Since the release of Regresa, Buscabulla collaborated with Jhay Cortez on Etenamente from his album Timelezz, with Bad Bunny on the song Andrea from the album Un Verano Sin Ti, the song charted #21 on Spotify global. They remixed Kali Uchis, Poolside, Washed Out… Buscabulla closed the story arc of Regresa with their biggest show to date on 4th June 2022 at Anfiteatro Tito Puente in San Juan and are now working on their next album.