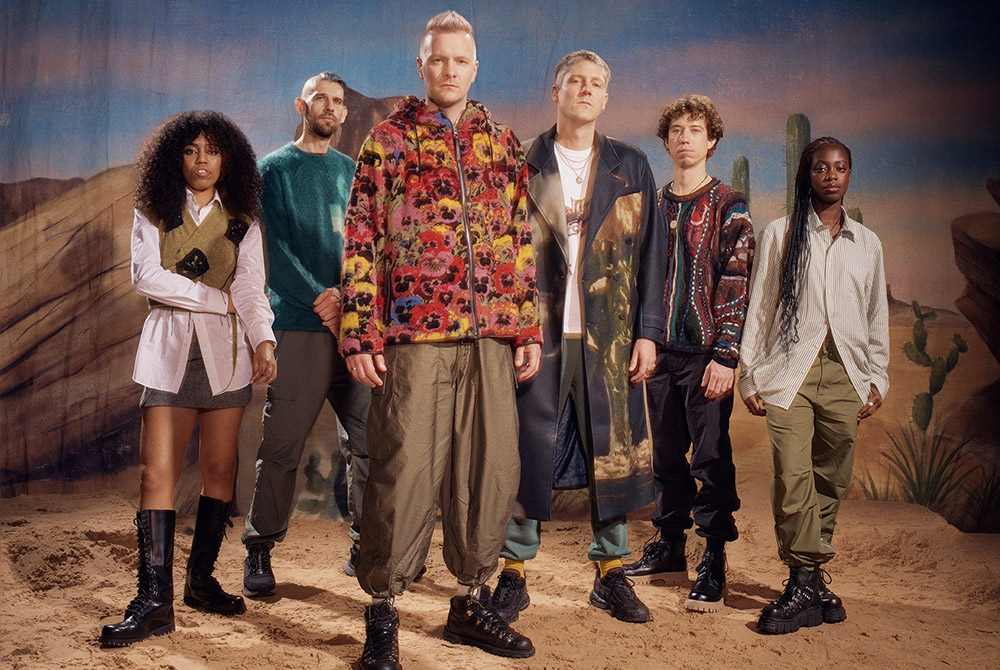 With a soul, funk and cosmic disco sound which has won them legions of fans across several EP projects and their 2020 debut album ‘Dream in Colour’, London act Franc Moody came together in the early 2010s when Ned Franc and Jon Moody were sharing a living space in North London’s warehouse scene, hosting parties to fund their lifestyles, and the pair who were already in several bands separately, decided to team up and Franc Moody was born.

With a sound that combines elements of funk, soul and disco with modern electronica, by the end of 2017, Franc Moody had expanded to become a six-piece live band, including singer and multi-instrumentalist Amber-Simone and began building a reputation as one of the most exciting new live acts in the country.

Their most ambitious and fully-realized project yet takes you ‘Into The Ether’ – released 2nd September 2022. “This album’s about escaping from the norm, setting yourself free and entering into the unknown,” says the pair. “We can’t wait for everyone to join us on our journey.”