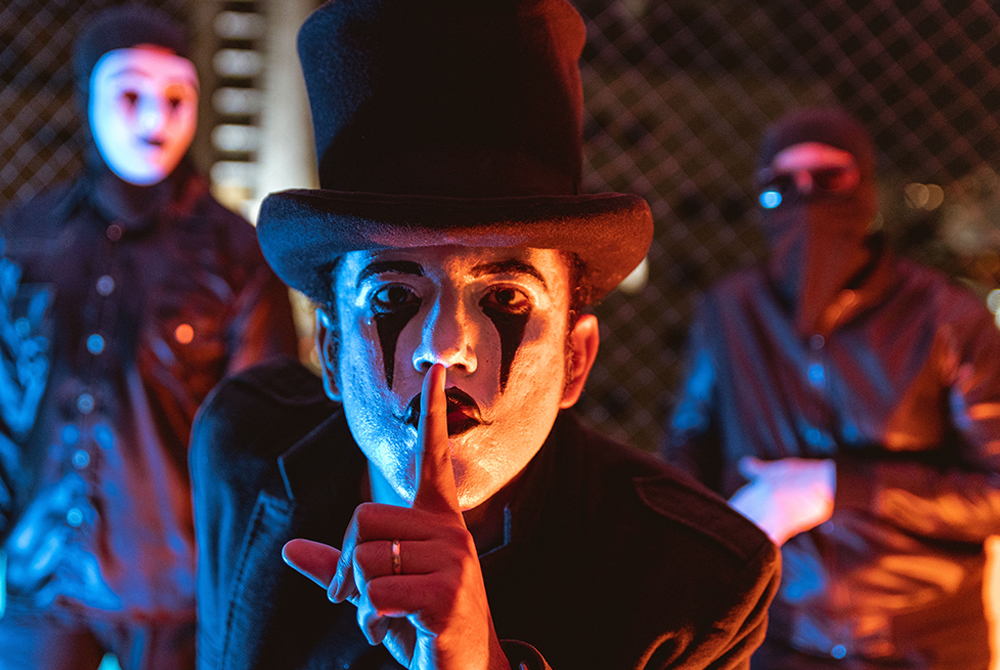 Alternative poprock band that debuted in 2008. Poolpo has released two albums, the first one called Octopus and the second one Arriba las Manos. The band has been nominated to Dominican Republic’s most important Awards called “El Soberano” in 2009 for best rock band and best music video and in 2012 for best rock band. The sound of the band is propelled by the desire to play something that fills the musicians of the group, impregnating what they do with a bit of black humor. The band’s members are anonymous so they use many ways to disguise their identity. Their front-man name is ORG and the rest of the member are X, Y and Z.